Consumers sometimes ask about whether two-stage furnaces are worth the extra expense. It depends on your situation as one heating solution doesn’t fit every home. It helps to know what separates a two-stage system from the more common one-stage furnaces!

What Is A Two-Stage Furnace? 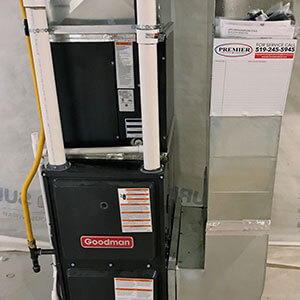 The terms one-stage and two-stage furnace refer to the burner section inside the furnace and the valve that releases propane or natural gas to it. Average one-stage furnaces have a valve that only opens and closes, whereas two-stage heating has one more valve setting. It’s commonly called low fire, and the furnace starts in this first stage and runs at 70 or 80% of the full rated capacity.

The furnace will then enter the second stage, also known as high fire, only when needed. It determines whether to enter the second stage based on the time the furnace has been operating or if the thermostat indicates that it has to raise the temperature more than two degrees. So if you have a two-stage furnace rated at 80,000 BTUs, it will operate at 60,000 BTUs rather than the full capacity; after running for 10 minutes, the system will determine whether or not it is keeping up with the heating needs and kick into high gear to meet demand.

Is A Two-Stage System Worth The Money?

Despite costing more upfront, two-stage furnaces do have money-saving benefits. They reduce temperature swings in your house; rather than blasting out hot air, letting the house cool, and then cranking out the hot air in a cycle, the two-stage furnace gets the house to the temperature you want and maintains that temperature through smaller, quieter burns. This helps them consume less fuel, too.

The Benefits Of One-Stage Systems 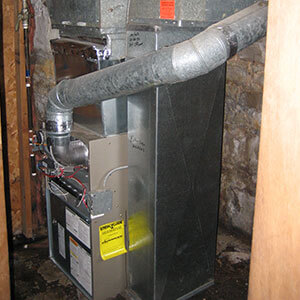 A one-stage system has some advantages over a two-stage furnace. They are often less prone to breakdowns and cost less to repair. The parts needed to fix these furnaces also tend to be more common, and a contractor working on your furnace in a couple of decades will likely have an easier time finding parts. This also helps to get your furnace up and running quickly in the event you do need a repair.